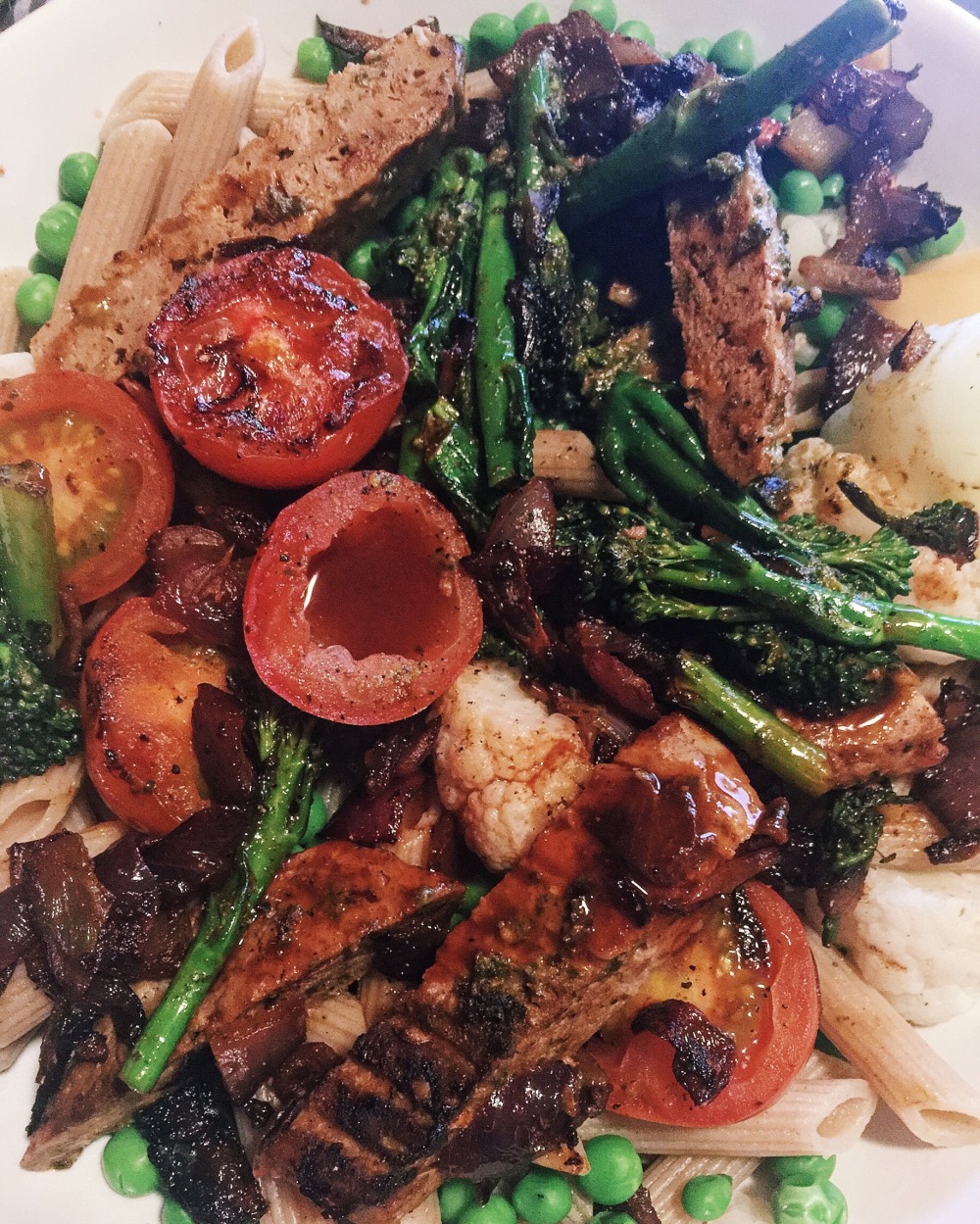 Note: I like to think of this as a kitchen-sink style dish. Normally, I wouldn’t even post a recipe like this because I think anyone can make their own version of this dish. Mine was primarily stylized by what I had left over in the pantry, and somehow it ended up being overtly delicious. I felt obligated to share!

It’s definitely kitchen-sink, and 100% easy enough for anyone to make without any sort of kitchen pre-knowledge. It’s a healthy and good weeknight dinner for when you really aren’t feeling the creative urge, but want to eat something. Let me know any adjustments you make or cool ideas about how to revamp this to the next level!

PS- That last photo is a shout-out to frozen fruit for a healthy and uber-yummy dessert. I especially enjoy frozen grapes… And after the pasta meal, it’s incredibly satisfying, and comes super suggested from me!